Skip to content
February 21, 2019April 10, 2019 watchmakerspulse
We left Las Cruces, New Mexico on Tuesday, January 15 to head to South Texas. Initially, we had wanted to spend some time in West Texas, but a short-term job opportunity presented itself which required us to get to South Texas in a bit of a hurry.
We drove 284 miles to Fort Stockton, TX, where we spent the night at the Hilltop RV Park. This was a quaint little park which was full, but had a single night’s opening available.

On Wednesday, January 16, we drove another 273 miles to Uvalde, TX to spend a few nights at the Quail Springs RV Park. This park was inhabited by a lot of “snowbirds” – people who have journeyed to South Texas from their colder northerly homes for the winter. We stayed here for three nights, but I forgot to take ant pictures. During our stay here, I attended a safety training course and began the application for a level 2 security officer license in preparation for beginning work as a gas pipeline construction gate guard.
We were able to go on to Rockport, TX to spend the next few days with Darlene’s sister and brother-in-law, who are also living and traveling full-time in their RV. They used to live in Rockport and lost their home in hurricane Harvey. Fortunately, the loss of the home coincided with their plan to go full-time RV, so it worked out for them! We stayed for a few nights in the Paradise Lagoons RV Park.
Ever since Monday, January 21, 2019, we have been staying in a small, unadvertised RV Park on a ranch outside of Orange Grove, TX. We found out about the site from a man who would become my supervisor for the gate guard job I took.

The job is associated with the Gulf Coast Express Pipeline project operated by Kinder Morgan. The informational website about it can be found here. The pipeline is a 1.75 billion dollar project to provided a transportation conduit for gas coming out of the oilfields in the Midland/Odessa area.

I’m in my fifth week on the job and only plan to do it for one more week. My last day is Saturday, March 2. I found out about this type of job from some of the RV folks that I follow on blogs and Facebook. The gate guard companies, of which there are quite a few, seem to draw a lot from people living in RVs because of the transitory nature of the job. Generally the jobs are to provide security for landowners on which the oil/gas companies are operating during drilling or construction. I stay at a gate which gives access to the property, logging names and vehicle information of any company traffic which enters or exits. My particular job is at a twelve-hour gate, but there are some which are manned around the clock, with an on-site RV parking spot provided. I arrive at about 6:30am and open/shut the gate until about 6:00pm. Some days I finish around 5:45, but some days not until almost 8:00. Additionally, it’s a 45 minute drive from the RV park to the gate each morning, and back again each evening. I sit in the car all day most days, but a few times I’ll set up our screened canopy to sit in. Darlene and Scooter accompanied me once, but the days are very long and there’s just not a lot to do. Some days I’ve opened and shut the gate over a hundred times, and some days only once or twice. It depends totally on what types of work are going on out at the pipeline site (which I’ve not actually been to, but I’ve seen it where it will cross roads in the surrounding area.)
The hours are long, you are subject to whatever weather happens to be going on at the time, the job is 6 days per week, with every other Sunday as a workday as well. The pay is at a daily, not hourly, rate. I am grateful to God for providing this opportunity, but am ready to move on in March. 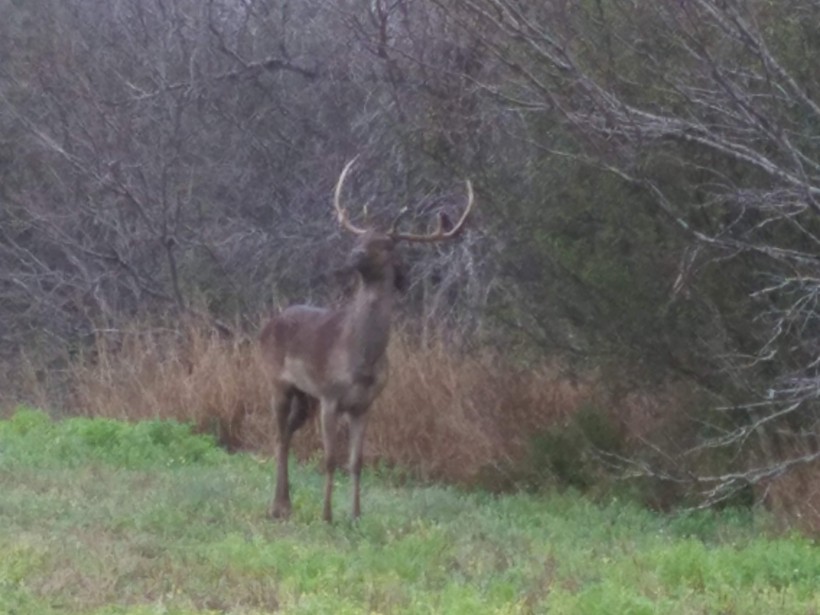 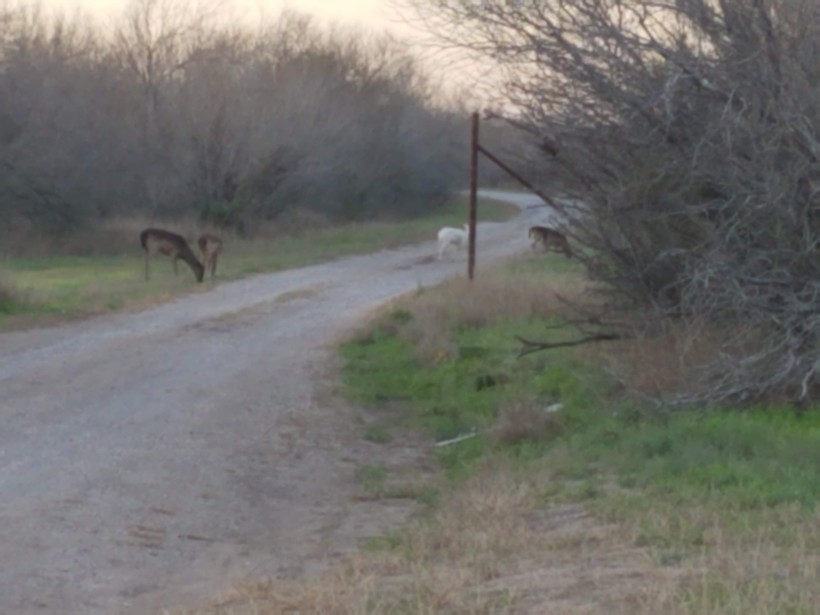 In March, we are planning to travel a bit more as we head to another potential short-term job. Hopefully, I’ll have more detail and certainty about that in my next travel log. Thanks for reading.

P.S. As a footnote, you may recall our rapid propane use in Colorado during the frigid holidays. We filled up most recently about 7 weeks ago in Fort Stockton. I’ve since acquired an adapter which allows me to add an external tank to my setup so that I can get additional propane without having to move my motorhome. This has been crucial to living out in the country with getting little spare time!